Three club members took their bikes to the All Steamed Up festival in Mannum on Saturday 17th November and, because I deem that as an unofficial club ride and the fact that we met up with a fourth member on our arrival, who also travelled by bike, I’ve included this report on our website.

We were promised 27 degrees and sunshine and that’s what we got. Down the main street of Mannum the traffic was diverted just before the carpark which is adjacent to the ferry crossing. This whole area was  full of small to medium sized steam  engines, some with  belt driven water pumps and air pumps from the dawn of the machine age. Machines which helped lighten the load for yesterday’s South Australian farmers. There were a number of locally manufactured machines, and I mean Made in Mannum, as well as others from England and Germany. Around the perimeter of the carpark, tents were set up and several blacksmiths were firing up and hammering steel. It was all fascinating stuff. Fellow COMCC member, Clayton Penley, was there sweating in the forge. He was part of a group of blacksmiths who were constructing fence panels. Another group of young farriers were present, but they weren’t making horse shoes or shoeing horses. They created items of a more practical use like pokers and gate  hinges, other smithies were producing works of art. 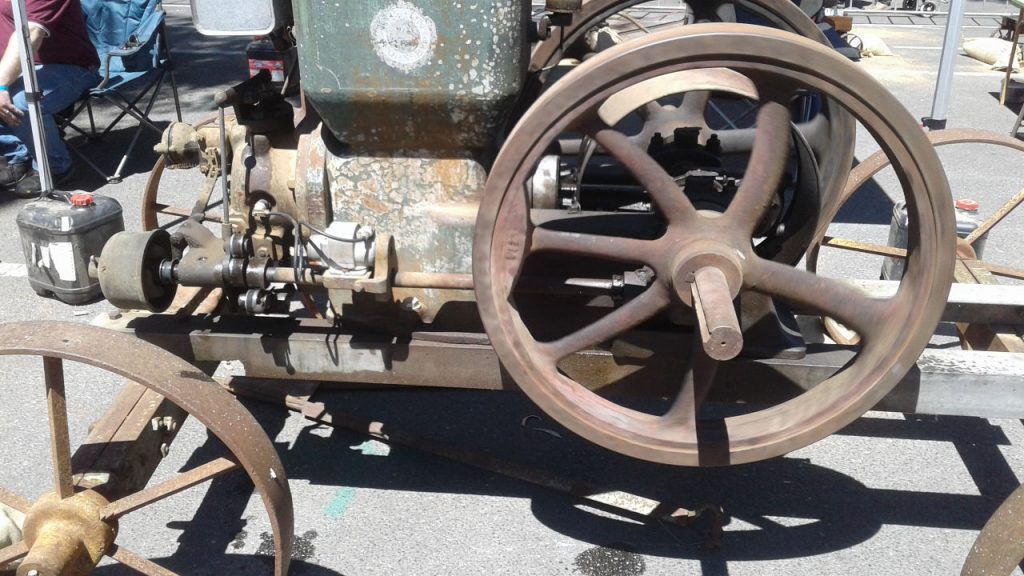 As we worked our way along the banks of the river, we inspected the once mobile dry dock which had previously been towed and relocated from Milang, and then visited a museum next door with exhibits from the early industrial era on the Murray. There was a fascinating bolt fastened boiler made locally by some German engineer. Hundreds of bolts fastening the ends and sides of the boiler and when it was initially fired up, there was some concern as it expanded alarmingly fast. We exited out onto the main street and walked across the lawns at the back of the Pretoria Hotel and onto a kind of boardwalk by the river.

Along here were moored small and medium sized wooden boats, one was powered by old sump oil from trucks. The owner invited us aboard to look around while he fired up the boiler. The boat had no sides, it incorporated the owner’s living quarters, it had a stove, wooden decking and the whole outfit looked like an awful lot of fun. He proudly pointed out his gear reducers to us which helped drive the paddles either side of the craft.

Further up the river bank on the lawns were: classic and vintage car displays, a couple of performing bands, food outlets and on the river the larger paddle steamers were moored. We had a chat with one bloke, who displayed his Morris Oxford and small, small caravan. It was basically very snug sleeping quarters only, but he had storage for some further gear which offered him and his wife a comfortable outdoor life. It looked a good setup – vintage car and towing a small ‘vintage look’ trailer.  The crowds on the banks by the river seemed to be enjoying themselves in the very pleasant surroundings. We bought some sausage and bread – with the onion on TOP! The onion problem is not prevalent in Mannum.

As we sprawled on the lush lawn banks in the shade of the trees, a very loud fast wooden hulled speed boat fired up and did a few laps in front of the crowds. It had a fantastic sounding engine and I think I’ve seen this previously at the wooden boat festival in Goolwa. Then there was the Grand Parade of all the craft on the river. This was quite a spectacle with the larger paddle boats gliding past and some smaller steam engined craft chuffing around in front of the crowds. Behind on the roads, was a steam powered road vehicle going up and down the main street.

I looked for the vintage motorcycles, but apparently they don’t arrive until Sunday, I believe they are courtesy of the V&VMCC. This was a great event and incredibly, the entrance fee for all the aforementioned activities was only $5 – yes, there is still value in this world. Among our small discerning group and their instinctive noses for a bargain, this was a great show and goes down as bargain of the year, ladies and gentlemen. 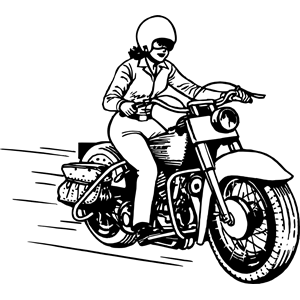 The destination and route of Midweek Runs is decided at the start and depends on the weather, and on who is there.  We meet at Hazlewood Park, Hawthorn Crescent, off Greenhill Road at 9.30 for a 10.00 start. All ... END_OF_DOCUMENT_TOKEN_TO_BE_REPLACED
View Calendar
Add